We are pleased to acknowledge Spencer's Board of Directors. As the foundation's governing body, their work focuses primarily on issues related to our mission, strategy, goals and fiscal oversight. 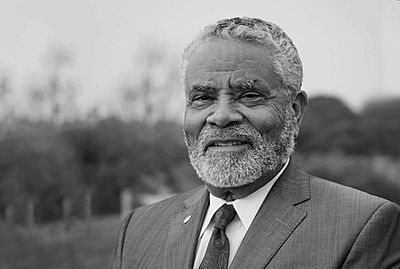 Carl A. Cohn
Board Member

Carl A. Cohn is professor emeritus at Claremont Graduate University.

For the past seven years, Carl Cohn has served the state of California as a state board member and executive director of the California Collaborative for Educational Excellence. Previously, he was superintendent of schools in both the Long Beach and San Diego school systems, as well as the Federal Court monitor for the Los Angeles school system. His tenure in Long Beach culminated with his winning the McGraw Prize in 2002, and the district winning the Broad Prize in 2003. Dr. Cohn currently serves on the following boards: CTA’s Institute for Teaching, the Center for Assessment, the Alder Graduate School of Education, Teaching Works at the University of Michigan, St. Mary’s Academy, the Education Standing Committee of the California Catholic Conference, and the National Center for Learning Disabilities. In addition to his work in K-12 education, he has prepared future educational leaders at Pittsburgh, USC, Harvard, GW and Claremont. 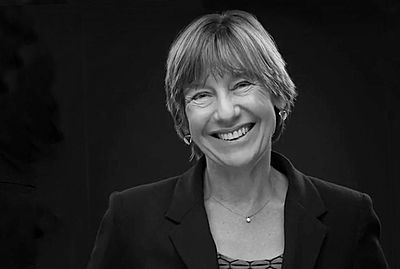 Pam Grossman is the Dean of the Graduate School of Education and the George and Diane Weiss Professor of Education at the University of Pennsylvania.

A distinguished scholar, Pam Grossman came to Penn from Stanford University’s School of Education, where she was the Nomellini-Olivier Professor of Education. At Stanford she founded and led the Center to Support Excellence in Teaching and established the Hollyhock Fellowship for early career teachers in underserved schools. Before joining Stanford, she was the Boeing Professor of Teacher Education at the University of Washington. Dr. Grossman’s research focuses on the preparation of teachers and other professionals and issues of instructional quality, particularly in English Language Arts. Her most recent work focuses on practice-based teacher education and the role of core practices of teaching in teacher preparation and professional development. She co-directs the Core Practice Consortium, a consortium of faculty from 11 different institutions that has been investigating pedagogies useful for helping novices learn to teach. She was elected to the National Academy of Education in 2009 and to the American Academy of Arts and Sciences in 2017. 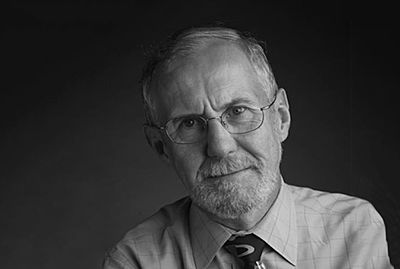 Richard Murnane, an economist, is the Thompson Research Professor at the Harvard Graduate School of Education and a research associate at the National Bureau of Economic Research.

Over the last 40 years, Richard Murnane has studied the effectiveness of school improvement strategies, teacher labor markets, and the impacts of technical change on skill demands. With Greg Duncan, Murnane has examined the respects in which the growth in family income inequality in the U.S. has affected educational opportunities for children from low-income families and the effectiveness of alternative strategies for improving life chances for these children. Products of this project included the 2011 edited volume, Whither Opportunity, and the 2014 book, Restoring Opportunity. In an effort to increase use among education researchers of strategies for making defensible causal inferences, Murnane and Harvard statistician John Willett wrote Methods Matter (Oxford U. Press, 2011). Recently, Murnane completed a research project with Stanford sociologist Sean Reardon that examined trends in the use of different types of private schools by low- and higher-income families in the U.S. Murnane is a member of the American Academy of Arts and Sciences and a Fellow of the Society of Labor Economists. 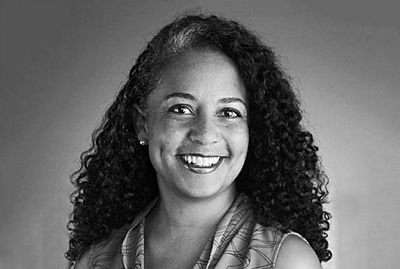 Na'ilah Suad Nasir is the sixth President of the Spencer Foundation.

Na’ilah Suad Nasir is the sixth President of the Spencer Foundation, which invests in education research that cultivates learning and transforms lives. From 2008-2019, she held a faculty appointment at the University of California, Berkeley, where she also served as Vice-Chancellor of Equity and Inclusion. Nasir earned her PhD in Education Psychology at UCLA and was a member of the faculty in the School of Education at Stanford University. Her work focuses on issues of race, culture, learning, and identity. She is the author of Racialized Identities: Race and Achievement for African-American Youth and has published numerous scholarly articles. Nasir is a member of the National Academy of Education and a fellow of the American Educational Research Association (AERA). 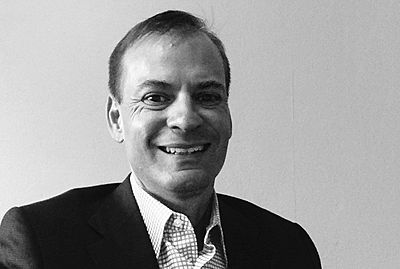 Erick Odmark's firm advises global institutional investors and ultra-high net worth families on implementing investment programs, governance, and strategic issues. He has advised investors, including many endowments and foundations across the US, Europe, Asia, and Africa. Prior to founding his firm, he worked for Bain & Co., a leading management consulting firm, where he advised investment firms and Fortune 500 companies. He also previously worked for Price Waterhouse in the restructuring and litigation services group. Odmark received his MBA from UCLA and his BA from UC Berkeley. 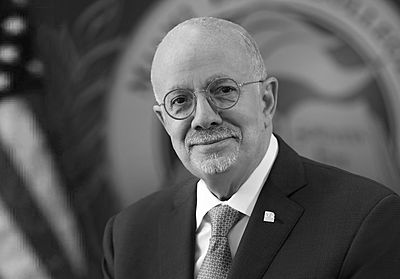 Eduardo Padrón is the President of Miami Dade College, a national model of student achievement and the largest degree granting institution in America.

In 2016, President Barack Obama awarded Eduardo Padrón the Presidential Medal of Freedom, the highest civilian honor in the U.S., for being a prominent national voice for access and inclusion in higher education. In 2009, Time magazine included him among the “10 Best College Presidents” in the United States; in 2010, Florida Trend magazine named him “Floridian of the Year”; and in 2011, The Washington Post recognized him as one of the eight most influential college presidents nationwide.

Dr. Padrón  is the recipient of the Carnegie Corporation’s Centennial Academic Leadership Award, the National Citizen Service Award from Voices for National Service, and the Hesburgh Award, the highest honor in U.S. higher education. He is also an Ascend Fellow at the Aspen Institute and a Fellow of the American Academy of Arts and Sciences.

Six American Presidents have selected Dr. Padrón to serve on posts of national prominence. He serves on the boards of the Council on Foreign Relations, the Urban Institute, the Spencer Foundation and the International Association of University Presidents. He is the past chairman of the Business-Higher Education Forum, the American Council on Education and the Association of American Colleges and Universities. He’s the recipient of over fifteen honorary doctorates. 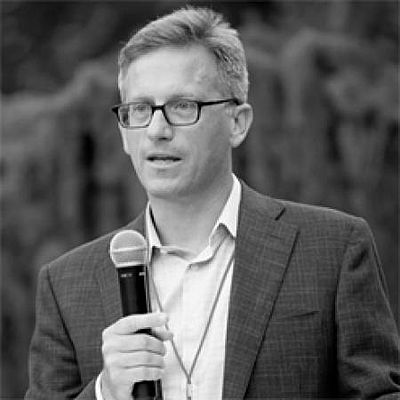 Rob Reich is professor of political science and, by courtesy, professor of philosophy and at the Graduate School of Education, at Stanford University.

Rob Reich is the director of the Center for Ethics in Society and co-director of the Center on Philanthropy and Civil Society (publisher of the Stanford Social Innovation Review), both at Stanford University. He is the author most recently of Just Giving: Why Philanthropy is Failing Democracy and How It Can Do Better (Princeton University Press, 2018) and Philanthropy in Democratic Societies: History, Institutions, Values (edited with Chiara Cordelli and Lucy Bernholz, University of Chicago Press, 2016). He is also the author of several books on education: Bridging Liberalism and Multiculturalism in American Education (University of Chicago Press, 2002) and Education, Justice, and Democracy (edited with Danielle Allen, University of Chicago Press, 2013). His current work focuses on ethics, public policy, and technology, and he serves as associate director of the Human-Centered Artificial Intelligence initiative at Stanford. Rob is the recipient of multiple teaching awards, including the Walter J. Gores award, Stanford’s highest honor for teaching. Reich was a sixth grade teacher at Rusk Elementary School in Houston, Texas before attending graduate school. He is a board member of the magazine Boston Review and at the Spencer Foundation. 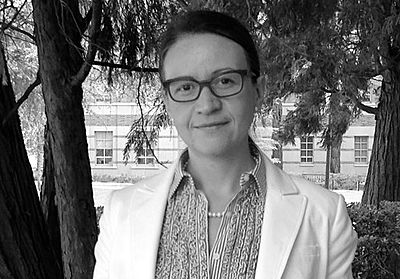 Currently, she also serves as a faculty Co-Director of Policy Analysis of California Education (PACE), as a Board Member of the Spencer Foundation, and as a research affiliate of Wheelhouse: The Center for the Community College Leadership and Research at UC Davis. She is past Director of the Higher Education Research Institute at UCLA. Her research is multidisciplinary and uses a variety of asset-based conceptual frameworks—funds of knowledge, community cultural wealth and the forms of capital—and of statistical approaches—econometric models, multilevel models, spatial analyses and GIS, and social network analysis—to study the educational and occupational trajectories of marginalized students. Dr. Rios-Aguilar’s 2011-2014 research project, “Getting Connected: Harnessing the Power of Social Media to Enhance Community College Student Success,” was funded by The Bill & Melinda Gates Foundation. The project explored the use of social media technology to connect and engage community college students in ways that improve success outcomes. Currently, Dr. Rios-Aguilar is examining how community college students make decisions about majors, jobs, and careers and the impact of strategic nudges to help community college students navigate the financial aid process. Her latest co-edited book, published by Routledge, Funds of Knowledge in Higher Education: Honoring Students’ Cultural Experiences and Resources as Strengths, refines and builds on the concept of funds of knowledge in a sophisticated and multidisciplinary way to examine issues related to access and transition to college, college persistence and success, and pedagogies in higher education. Dr. Rios-Aguilar obtained her Ph.D. in Education Theory and Policy from the University of Rochester, her M.S. in Educational Administration from the University of Rochester, and her B.A. in Economics from the Instituto Tecnológico Autónomo de México [ITAM]. 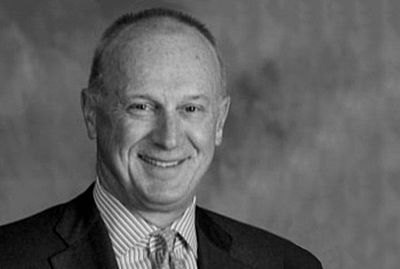 Mark A. Vander Ploeg
Board Member

Mark A. Vander Ploeg has over thirty years of investment banking experience, providing strategic and merger and acquisition advice to major retail and consumer companies in the United States and globally.

Until his retirement in 2011, Mark Vander Ploeg was a Senior Managing Director of Evercore Partners. Prior to Evercore, he served as Vice Chairman of Investment Banking and Head of Consumer Industries for Merrill Lynch & Co. Vander Ploeg is a board member of the Stanford University Center to Support Excellence in Teaching (CSET). He is a former director of Okabena Company, the investment company of the Dayton Family, founders of Target Corporation and is a director of Dawson Geophysical Company. Vander Ploeg has an M.B.A. from the University of Chicago, a B.A. from Macalester College, where he is a former Trustee and Board Chair, and is currently undertaking a master’s degree in Liberal Arts at Stanford University. 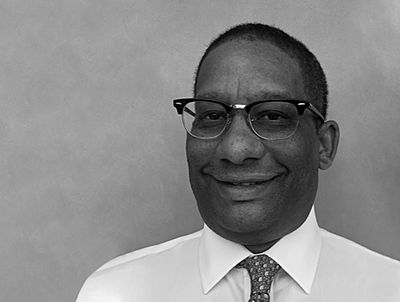 Mike Williams is an accomplished executive leader in the both the global financial marketplace and intercollegiate athletics arenas. Most recently, Mike served as the University of California, Berkeley’s Director of Intercollegiate Athletics.

Mike Williams is an accomplished executive leader in the both the global financial marketplace and intercollegiate athletics arenas.  Mike served from 2014-18 as the University of California, Berkeley’s Director of Intercollegiate Athletics , where he was responsible for overseeing 30 intercollegiate sports and 1,200 coaches, staff and student-athletes.  He led Cal Athletics’ senior executive team as they established the two largest partnerships in school history, an $87 million/10 year apparel partnership with Under Armour and a multi-media rights deal with Learfield Sports that resulted in a more than $100 million over 10 years. He also served as the chair for the Pac-12 Conference’s Athletics Director’s Council in 2015-16.  Mike began his career at Data Resources, Inc and worked at Bank of America after completing his MBA from UCLA Anderson. He joined Barclays Global Investors in 1993 and remained one of its most trusted leaders until he retired in 2009 as Vice Chair of Capital Markets. Mike served as a trustee for the UC Berkeley Foundation (UCBF) from 2007-18 and Vice Chair of the UCBF from 2013-15. He also serves on the University of California, Berkeley’s Executive Board of the College of Letters and Science. He is currently on the boards of the Health Career Connection and Berkeley’s Stiles Hall. He also serves on the advisory boards of Bronze Investments and the UCLA Anderson Center for Management of Enterprise in Media, Entertainment and Sports (UCLA MEMES).  Mike earned his Bachelor’s in Economics from UC Berkeley in 1982 and his MBA from UCLA Anderson. He lives in Lafayette, California with his wife Jeanne and their three children.

More from About Us 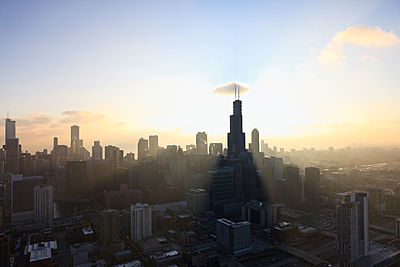